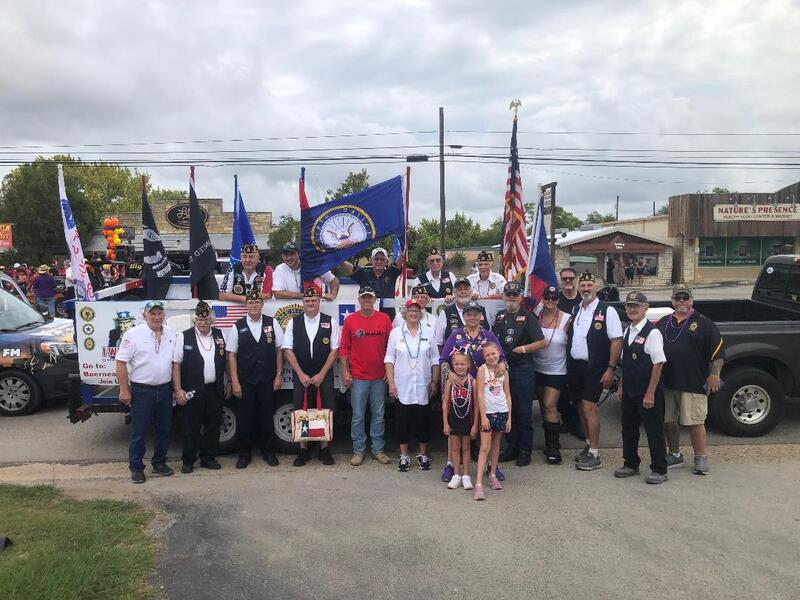 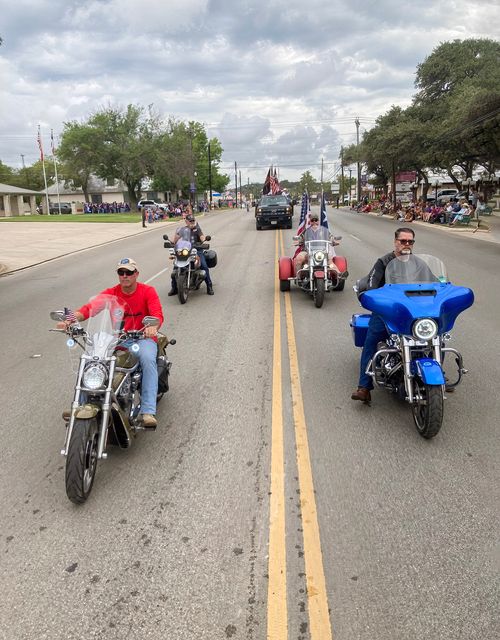 On August 25, 2022, four members of the American Legion Post 313 (Kyle Stanbro, Josie Schantz, Rob Michaelson and Bob Schantz) visited the Heritage Place of Boerne.  This is a senior living community off the south end of Main Street in Boerne.  We were met with friendly staff who welcome us and communicated to their veteran residents where we will be meeting.  Six veterans and two spouses of veterans joined us in a lively discussion of where they were stationed when they were active duty as well as how their wives coped with moving to new places.  One veteran was a pilot who flew 100 missions in the F-105 Thunderchief over Vietnam.  He recalled that he was shot down on his 25th mission, but luckily, he was retrieved after only 5 hours on the ground.  He said he was terrified that the enemies were close by and was so relieved when he was rescued.  Other veterans we visited with served in the Air Force and Navy in various roles.  One was a Tactical Air Controller, another a personnel officer for the Air Force Reserves, one worked in the Naval Post Office in San Francisco while another spent his two years of service in Iceland. Most were eager to share their stories and talk about their time serving their country.
As of 2015, there were 9.3 million armed services veterans of retirement age. While there are still over a million Korean War veterans and close to a million veteran seniors of WWII alive today, the bulk of today’s retired veterans served in the Vietnam era—with 4.8 million already retired, and another 1.6 million reaching retirement age in the next ten years.1 Many of these veterans live in our community.  Some may not have any family in the area to visit them on a regular basis.  That is where the members of the American Legion can help.  Remember, the foremost pillar of American Legion service is compassionate care for fellow veterans.  On a monthly basis, American Legion Post 313 members visit veterans who are residents of senior living communities or nursing homes in the Boerne area.  If you have an hour of free time, consider joining us in visiting our fellow veterans.  For more information, call Josie Schantz at 210-852-7402 of email her at jfschantz@gvtc.com. 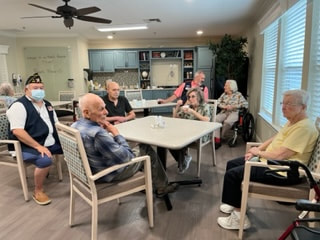 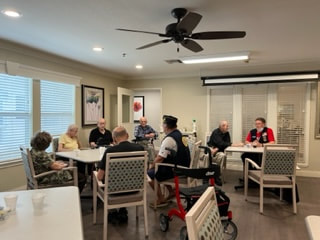 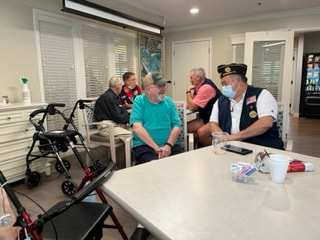 ​Monday, August 15, 2022, the Captain Mark Tyler Voss American Legion Post 313 members traveled to Uvalde, Texas to join the Uvalde Post in handing out backpacks, shoes and school supplies to the local students. Over 800 backpacks stuffed with school supplies were distributed. This was a moving experience for the members said Don Gray, Post 313 Past Commander. 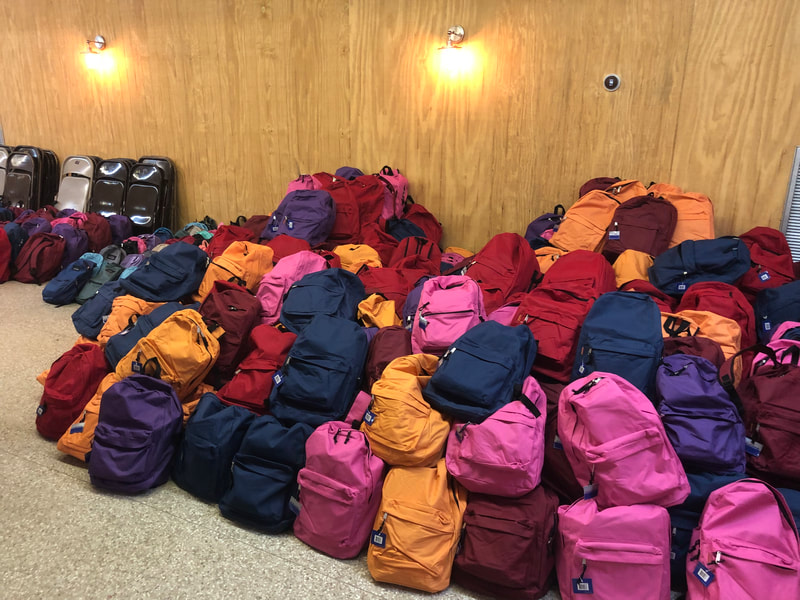 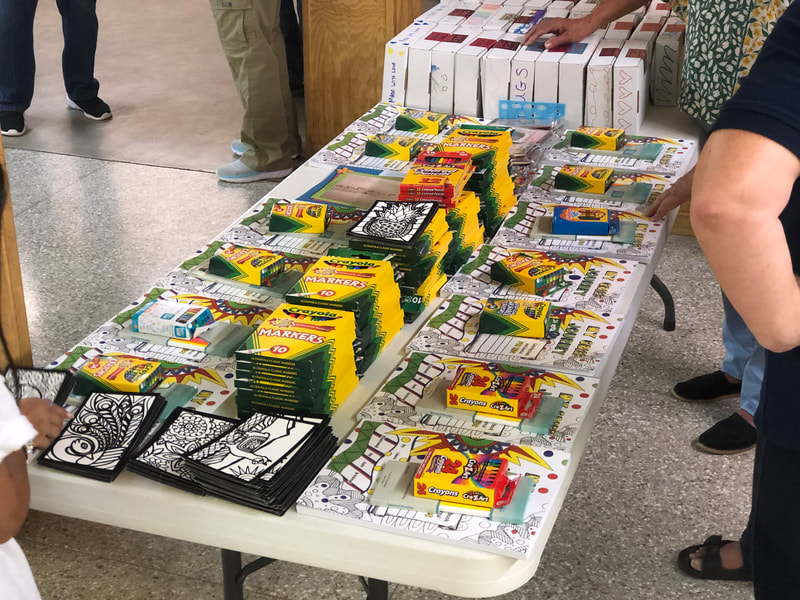 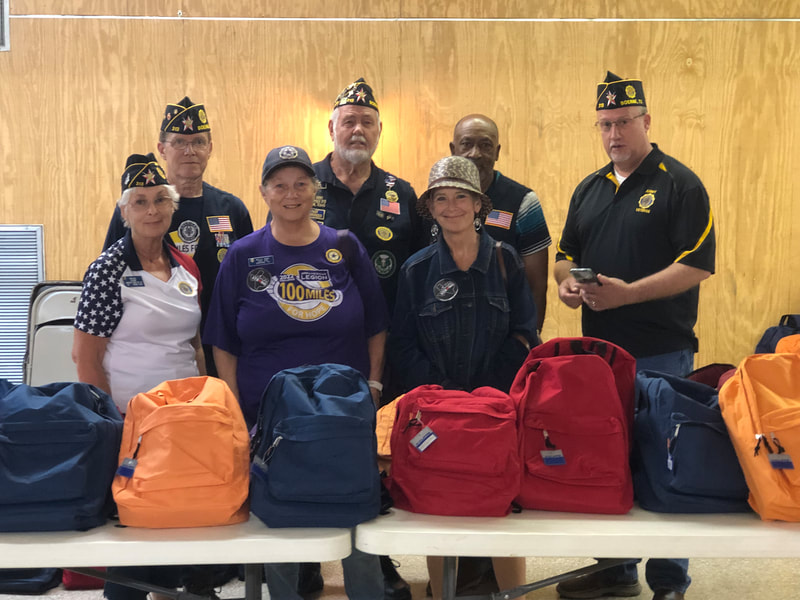